I was born and raised in Bakersfield, CA, where I attended local public schools.  The first Catholic school I ever attended was The Catholic University of America in Washington, DC, where I studied English literature, learned to appreciate California weather, and met some lifelong friends with interesting American accents.  It was also during my college years that my involvement in campus ministry activities led me to consider a vocation to the priesthood.
After deciding that I was more suited to a less agricultural area than the Central Valley, I became a seminarian of the newly established Diocese of San Jose.  I received my theological training at St. Patrick’s Seminary in Menlo Park.  When Bishop Pierre DuMaine ordained me in 1987, I was only the fifth priest ordained for this diocese.  Since that time, I’ve served in many parishes throughout Santa Clara County. Before coming to St. Mary’s, I was the pastor of St. Joseph of Cupertino for 16 years.
In high school, I developed a love for singing.  I have a great interest in liturgical music from all ages of Church history and have experience both as a performer and as a leader of song for worship.  The proud descendant of pioneer Chinese immigrants to this country (my true surname is Ng in Cantonese or Wu in Mandarin), I am also a student of Chinese American history and an avid genealogist who has traced his paternal ancestors  back to the 7th century B.C.  I have enjoyed helping people from around the world—including some parishioners— to discover their own family histories. 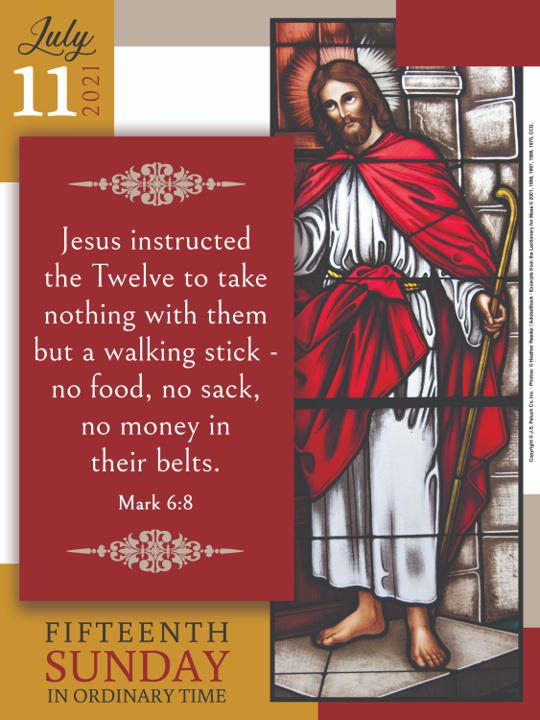 FIFTEENTH SUNDAY IN
ORDINARY TIME
SUNDAY READINGS
Am 7:12-15; Ps 85:9-14; Eph 1:3-14;
Mk 6:7-13
Reflect on the Sunday Readings
Readings for the week
Mass Intentions for the week
The Holy Father's Universal Prayer Intention for July: Social Friendship
We pray that, in social, economic and political situations of conflict, we may be courageous and passionate architects of dialogue and friendship.

(CONFESSION)
We have resumed our weekly schedule for the Sacrament of Reconciliation for all faithful with no prior appointments on Saturdays from 3.30 to 4.30 pm in the Pastoral Center Conference Room.
More information is available on our website.

Dates for intentions should be made at least 3 - 4 weeks in advance as recent dates are usually filled.
MASS INTENTION REQUEST 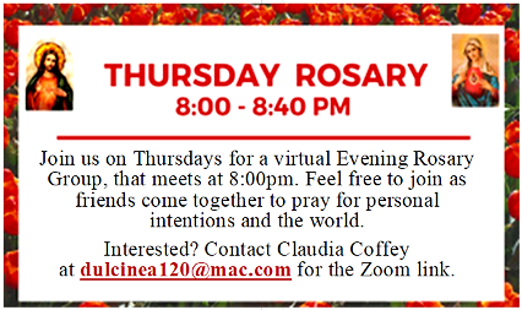 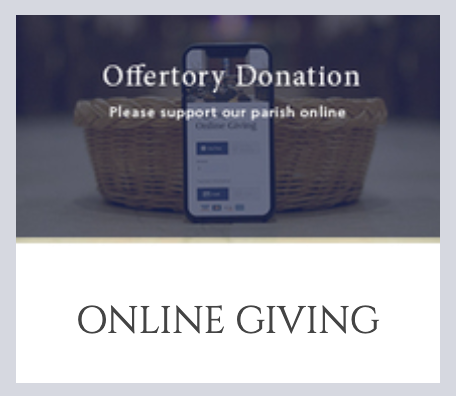 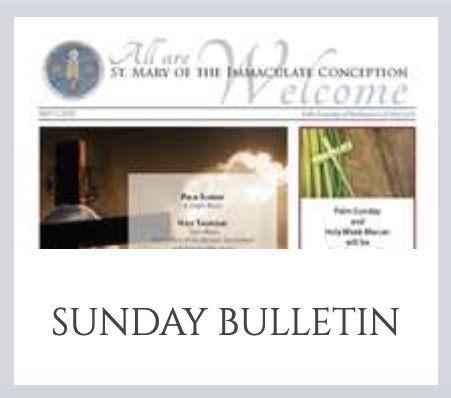 THANK YOU FOR YOUR GIFT OF TREASURE!
Your continued ONLINE support of St. Mary is greatly appreciated.
THANK YOU to those who have already signed up for online donations.
If you would  like to discontinue receiving envelopes please contact Sharon Aeria
stmaryslg.org/online-giving
LITURGICAL MINISTERS NEEDED FOR MASSES
(Sunday & Special Occasions - Weddings, Funerals, etc.)
Lectors ~ Eucharistic Ministers ~ Sacristans ~ Ushers ~
Live Stream Operators & Eucharistic Ministers for the Homebound
To become a minister, you must have received the Sacraments of Baptism, Confirmation and Eucharist and be a registered parishioner at St. Mary. Please prayerfully consider becoming a Liturgical Minister. The Diocese of San Jose requires that all volunteers who work with children and vulnerable adults be fingerprinted and complete the Protecting God's Children® on-line training as a prerequisite to this ministry. Training for each minister will be provided.  For more information or to apply to become a minister, please email
parish.office@stmaryslg.org.
Photos of the Thanksgiving Mass for Fr. Rick and Fr. Biju (click here)
If you would like to share your photos taken on that day, please email them to
parish.office@stmaryslg.org

COLLECTING FOR THE UNHOUSED

We all know that the homeless population has increased greatly over the last year.
St. Mary is partnering with Catholic Charities - Parish Engagement Project.
We will prepare hygiene care packages for those who are living on our streets in Santa Clara County.
Many of these unhoused individuals are couples but some of them also have children with them.
Please drop off donations in the basket located by the doors in church, or by the Pastoral Ministries Office.
Thank you,
Jane Najour – jnajour@stmaryslg.org   (408) 354-3726 x121
Items that we need:
CATHOLIC CHARITIES PARISH ENGAGEMENT IS IN NEED OF VOLUNTEERS We all know someone who is impacted by the Pandemic. Catholic Charities Parish Engagement Project continues to need volunteers at its food distribution sites. This is also a great opportunity for high school students to earn service hours. Please sign up at: https://tinyurl.com/CatholicCharitiesVolunteer
RENTAL ASSISTANCE & RESOURCES
2 Rent Assistance Programs and Resources are now available! Low-income Santa Clara County residents who have been financially impacted by the COVID-19 pandemic can receive assistance with rent payments. Visit bit.ly/dsjhh21 to view details on these programs.

smslg.org     408.354.3944
Registration for the 2021-2022 school year is OPEN!
Are you interested in Catholic education for your children?
Visit our website smslg.org or call our school office for more information,
408-354-3944 or contact
Monica Hernandez
Principal
mhernandez@stmaryslg.org
Kathy Rosendin
Administrative Assistant
krosendin@stmaryslg.org

AROUND THE DIOCESE OF SAN JOSE

Once in a Lifetime Opportunity!
Experience the DIOCESAN YOUTH RENEWAL this year at
Sacred Heart Parish Saratoga
Let’s celebrate gathering together in person with youth and leaders from throughout the diocese! Join together enjoying activities, growing our faith, and deepening our relationship with Jesus Christ. Be ignited by the Holy Spirit!
Registration now open
More information 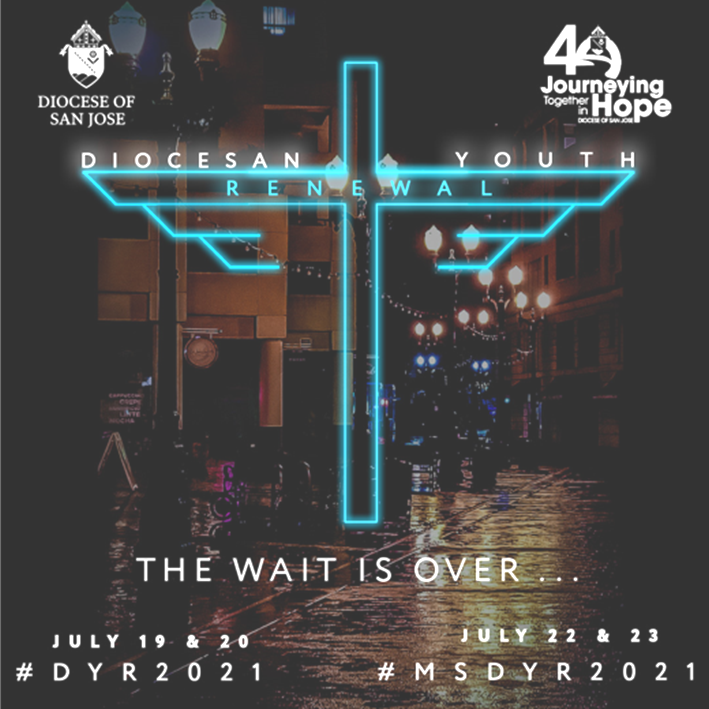 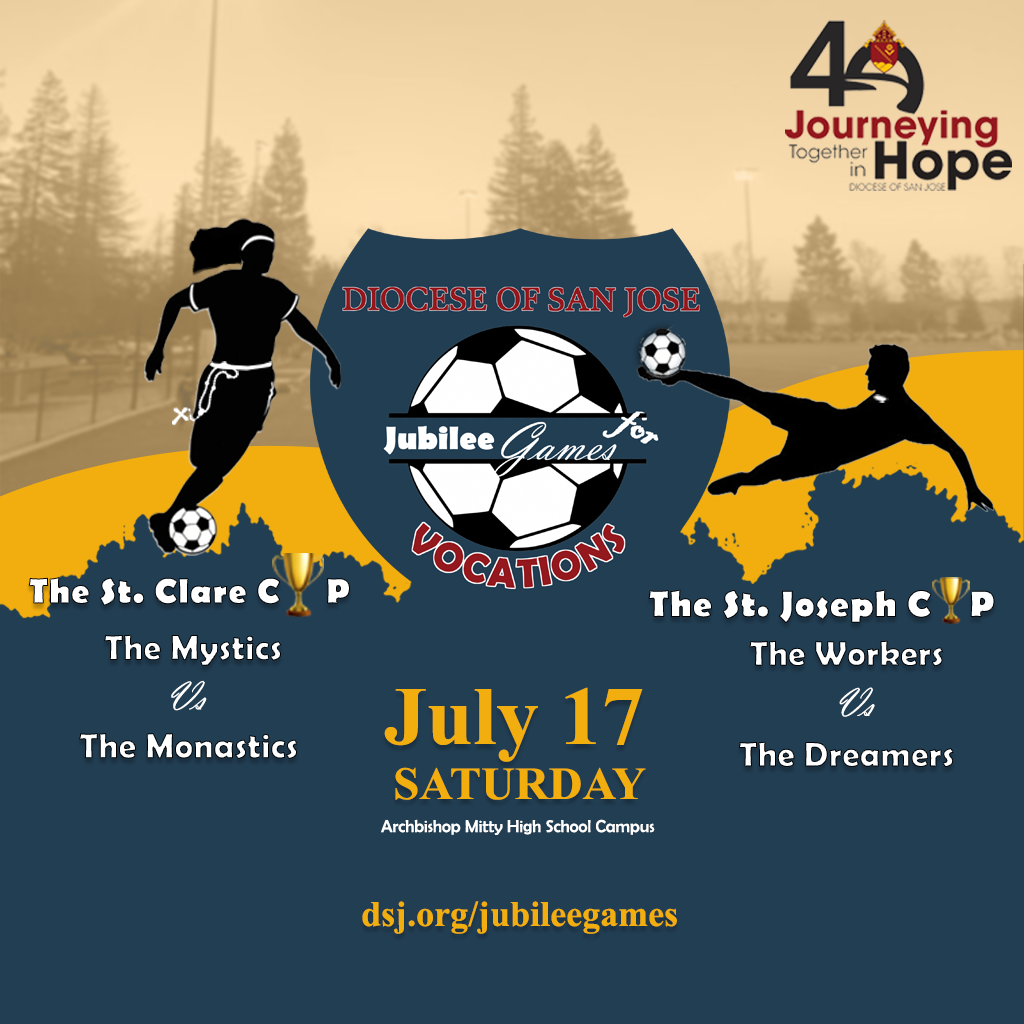 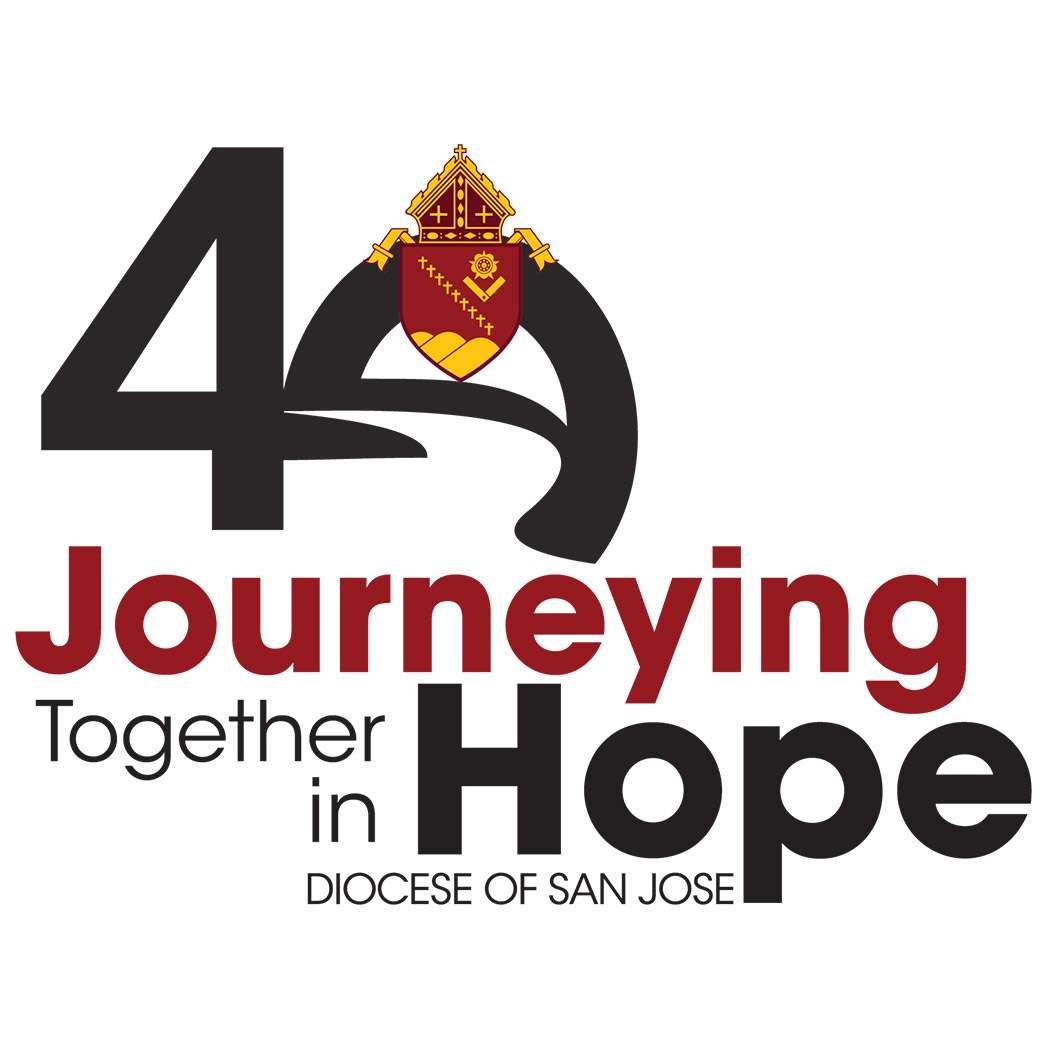 Please continue to check our website for updates - stmaryslg.org

Previous eNewsletters can be found at stmaryslg.org/enewsletter

We are still available by email.  If you call and leave a voicemail it will reach us to. Just go to our Contact Us page or our website.

Sent by Staff @ St. Mary of the Immaculate Conception on Thursday, July 8 at 3:30PM